They tested the 2liters VW Golf GTD diesel engine while measuring engine performance on a Before and After dynamometer. The Golf engine in its original form delivers 184 ps with 38.7 kgm and had 169,000 km (diesel engine low), and its engine has recently been re-engineered to increase power in a well-known improvement house. 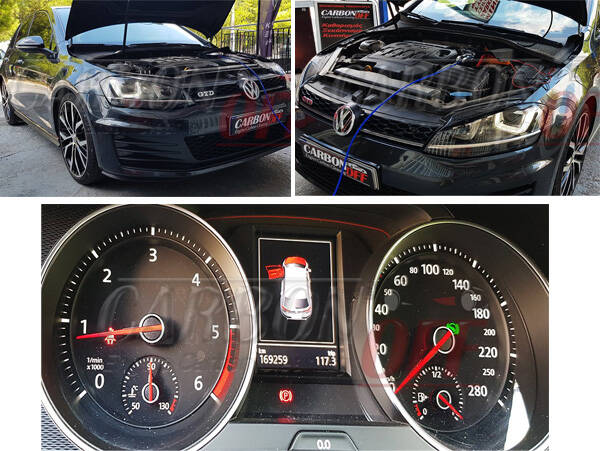 Then the car arrived at the Motor Carbon Clean Service Center and applied the original CarbonOff smoking technique to its engine after we measured the idle noise level produced, which was: 90.2db. At the end of the process, we measured the idle noise again and the result prepared for what we would later see in the dynamometer: the noise level had dropped to 88.5 db, so the engine seemed to work more correctly.

So it was time to find the results on the dynamo rollers, after CarbonOff: after the car was secured on the rollers with the necessary straps (above all safety) it became the first push and the result made us proud: 230,3 Hp at 4283 rpm and 450.5 Nm at 2598 rpm!

That is, we brought back to the 16.9 hp and 14.5 Nm of torque! In addition, the idle noise level dropped by 1.7 db.
Share:
Last:
How to clean a clogged catalytic converter without removing it?
Back to list
Next:
Do You Know Engine Carbon Cleaning Methods